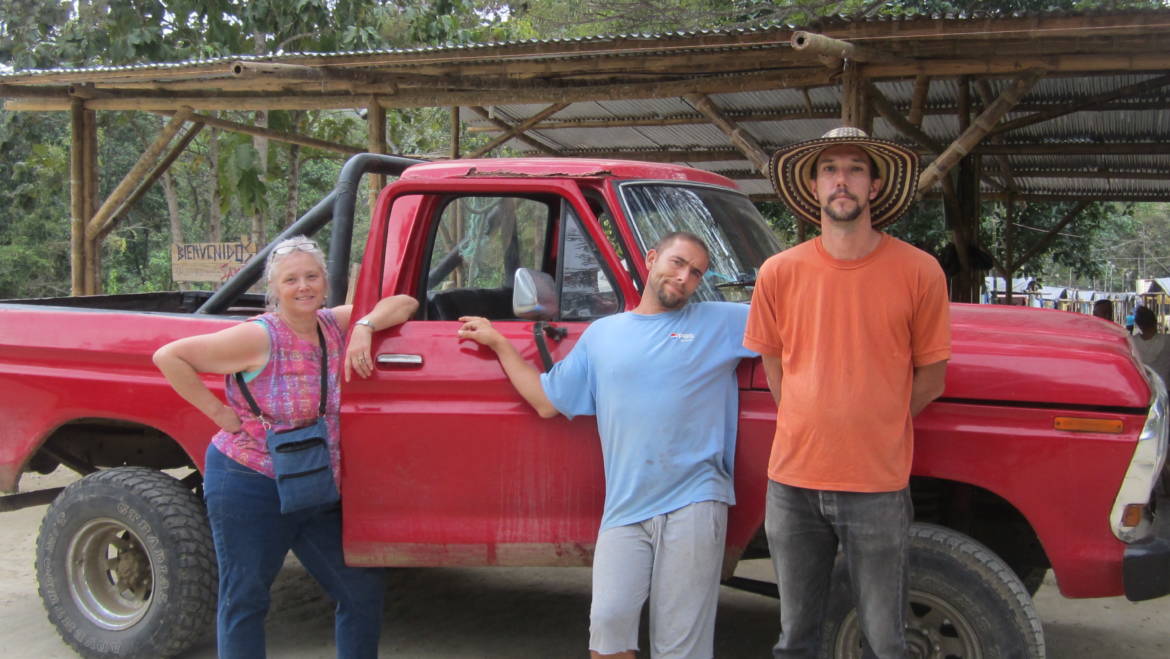 The Making of “Big Red Is Dead”

It had been four months to the day since the 7.8 earthquake that destroyed so many lives in Ecuador. Along with my business partners Kristen Sawyer and Zach Cashero, I was on my way to Manabí province to visit our other partners, Sara Coppler and Geoff Odell. Both Sara and Geoff are experienced disaster-relief and international development specialists. Only months in advance of our planned launch of La Revista Zero, our partners left Cuenca to help at the coast. We stood behind their decision. We all knew that the earthquake had changed everything.

While we managed fund-raising events in Cuenca, Sara and Geoff worked to establish Proyecto Samán, in Canoa, providing temporary housing and help to rebuild the lives of the residents. Kristen, Zach and I had planned to use our visit to inspect the settlement and report back to project supporters about the impact their donations had made, as well as to explain why their continued financial support remains necessary.

After many hours on buses and an expensive taxi ride the six kilometers from Canoa to the Proyecto, we reached the settlement in time for lunch. Over rice, lentils and soup, we interviewed volunteers and staff. We also talked with residents. We heard again and again that the most pressing need was for a way to transport people and supplies from the city to the settlement.

The only vehicles available were an old truck called Big Red and a small car, both owned by volunteers. The vehicles were over-used and suffering near daily breakdowns. Sara Coppler planned a brain-storming session for the next evening.

After a shared meal and music, ideas started flowing. What would be the best way to explain the current situation, the need and possible resolution of the transportation problem? “Let’s make a movie!” someone said. We needed something clever. Something funny. Something people would want to share on their social media sites. I wrote a couple of scripts. The one everyone liked the best involved the death and funeral of Big Red, and the efforts of a little boy to fix the problem using magic.

Volunteer Kathy McCullough (an artist and writer from Cuenca) and I made props from found objects: a miniature cardboard Big Red; lengths of garland made from roadside weeds; a funeral wreath fashioned from vines; mourning veils cut from mosquito netting. Other volunteers made a costume for the young star of the film, Yeferson Gómez, and gave acting lessons to the residents of the settlement. Kristen and Zach decided locations and planned camera angles with Geoff, the videographer and producer.

Filming started after lunch. There were a few hiccoughs. The magician’s hat proved too large and kept engulfing young Yeferson’s head. Little boys living at the Proyecto fell in love with a tiny bicycle prop and kept running off with it. A smoke effect proved difficult because the wind blew in the wrong direction. A scene was interrupted by a galloping herd of Brahma cattle, a couple of motorcycles and a bicyclist. The negotiated-for donkey didn’t show up on time. Nervous first-time actors couldn’t stop looking into the camera, and laughing when they should have been sobbing during the funeral scene.

I left the next morning. A mere six weeks later, the film, Big Red is Dead, ably edited and produced by Geoff Odell, premiered in Cuenca and on the internet. The too-big hat and the galloping cattle and the tardy donkey all found their places in the story. The little movie is funny. It tells a story. It explains the need and suggests a solution. It captures the energy and hopeful spirit of the Proyecto. We hope it goes viral and can raise the amount necessary to buy the transport vehicle and truck. I am glad for all these things. But I am also glad to have this reminder of that fun day, on YouTube for eternity, I suppose. To be able to remember the experience of working together with creative people toward a shared goal, of getting to know resilient Ecuadorians and dedicated project planners, and to watch a community being knit together, is a blessing.

See Big Red is Dead and learn how you can help, at https://www.generosity.com/community-fundraising/buy-vehicles-for-ecuador-earthquake-response/x/14991096. Big Red, you did not die in vain.