“Art for art’s sake” is the usual English rendering of a French slogan from the early 19th century, “l’art pour l’art”, and expresses a philosophy that the intrinsic value of art, and the only “true” art, is divorced from any didactic, moral, or utilitarian function.

When I put this blog together and I was writing the little description of myself (Who the Heck is Franny Hogg?) I wrote that I am an artist. I hesitated before doing that.  I don’t feel like an artist. I just know that if somebody asks me to draw a dragon for some kid to color, or to paint a chicken on a wall, I can handle that. 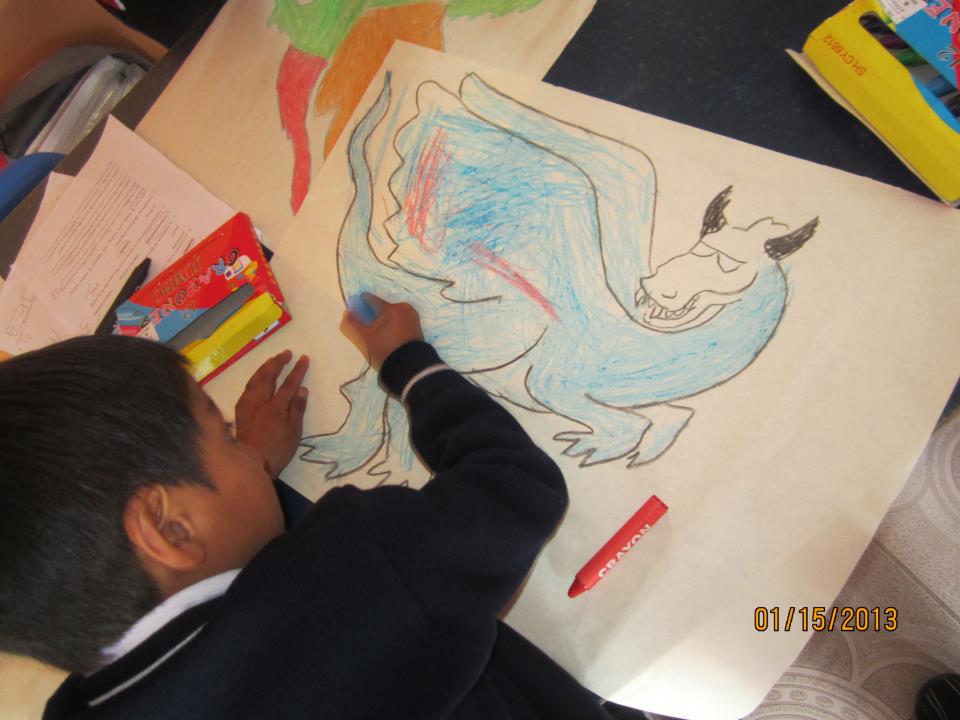 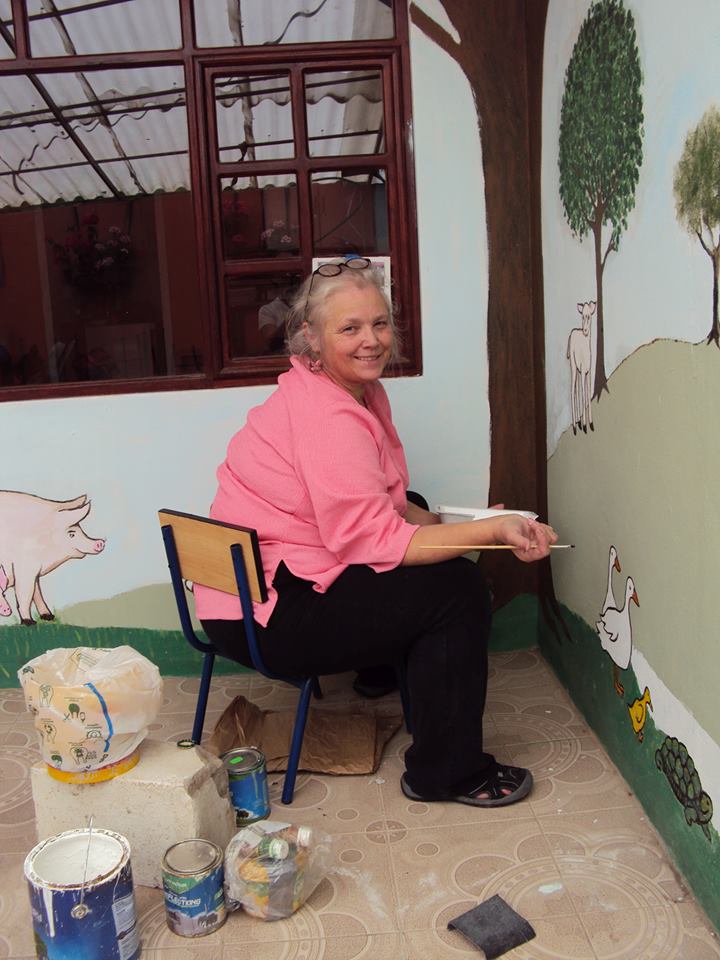 OK, that’s not the chicken. That’s a lamb…but I painted LOTS of chickens on that wall!  El Campo mural project at CETAP-Lucy, Chilcapamba, Ecuador 2017.

My parents were both fine artists. Dad’s career took many turns, from museum and planetarium curator to architect and museum designer to historic restoration consultant and even spinning wheel manufacturer. But he started out as a scientific illustrator. When I was a kid, he go a job drawing hundreds of skulls for a book called Mammals of North America, and the original cover illustration of Fishes of Kansas now graces my kitchen spice corner.  Is it not true art if the reason you took the gig was in order to feed your family? 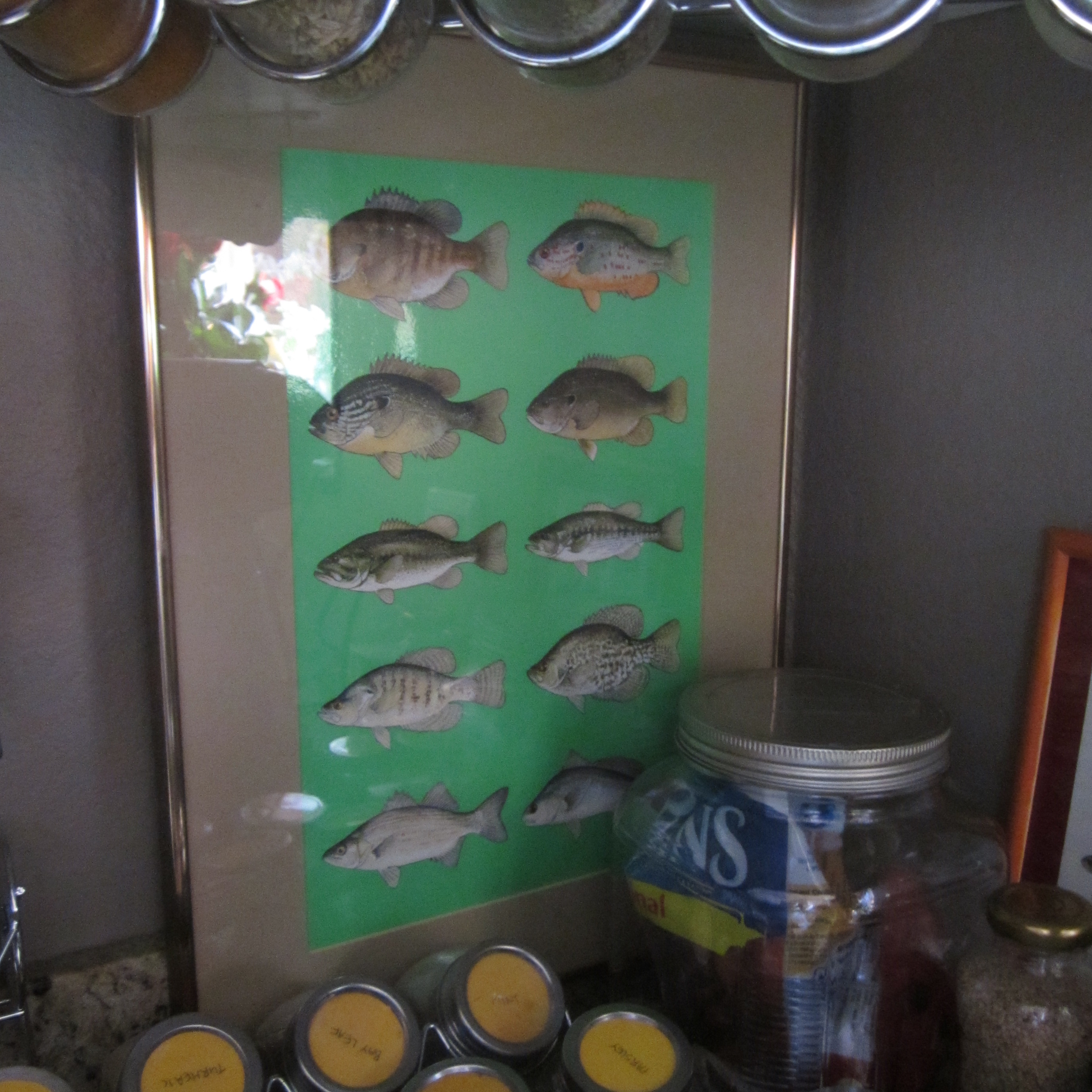 My parents met in art school at the University of Kansas in 1948. My dad was the nude model in her Life Drawing class. She said she was fascinated by his perfect nose. (Yeah, right, Mom.) My brother Chris now has most of her art work. I have this sketch of our cat, Cassandra, drawn in 1967.  Perhaps most sketches of sleeping kitties are “true art.” 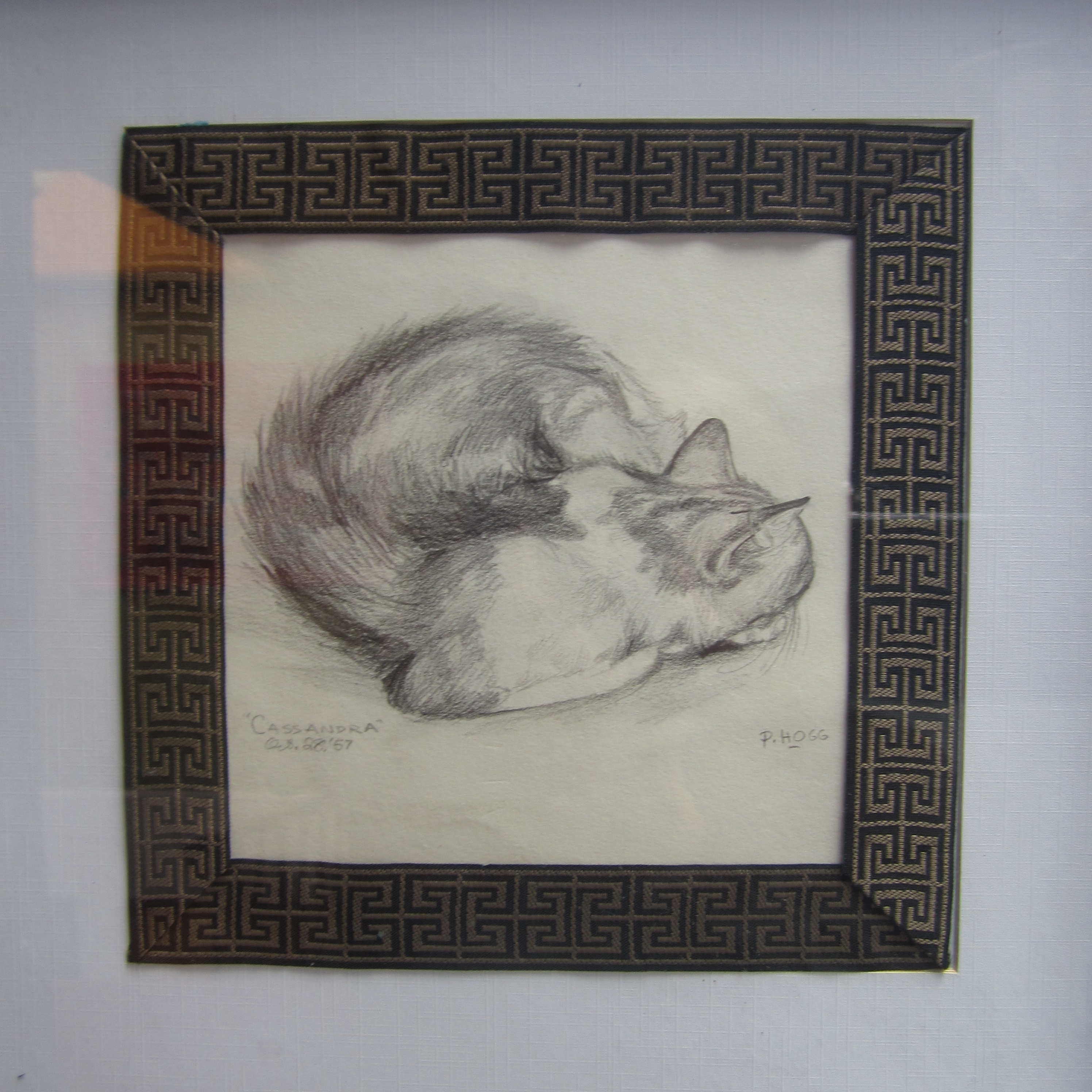 Most of my art projects have involved fundraising of some sort. I suppose that’s not real art, either. I had fun with friends making huge papier mâché musical instruments for the “Grinchmas Gala” for Hearts of Gold, a foundation that supports several of the charities I work with in Ecuador. That was fun, but it was art meant to raise funds.

I have a friend named Mark. He has had the most remarkable luck with cats. His first, a kitty named “Mung,” lived for 21 years. “Meow” did the same. It’s nice when a beloved pet lives a long time—one reason why I don’t have a dog is because most of them don’t—but perhaps the longer our little animals are with us, the more profound the sense of their absence when they are gone…   I don’t know. I only know that I wanted to do something to make Mark feel better when Meow died, and art helped. I made “Meow Ascends to Heaven,” a painting of a kitty walking up a staircase to the clouds and stars. Mark really liked that painting. For about 12 years it has hung above the space where Meow used to sleep.

After Meow’s death, Mark and his wife, Deb, found a new kitty at a shelter. A tough case for adoption, Milo was of indeterminate age, had no teeth, and needed expensive and continuing veterinary care and lots of medicines. But they both fell in love with him, and for the last decade of his life, “Milo-Man” lived in luxury. 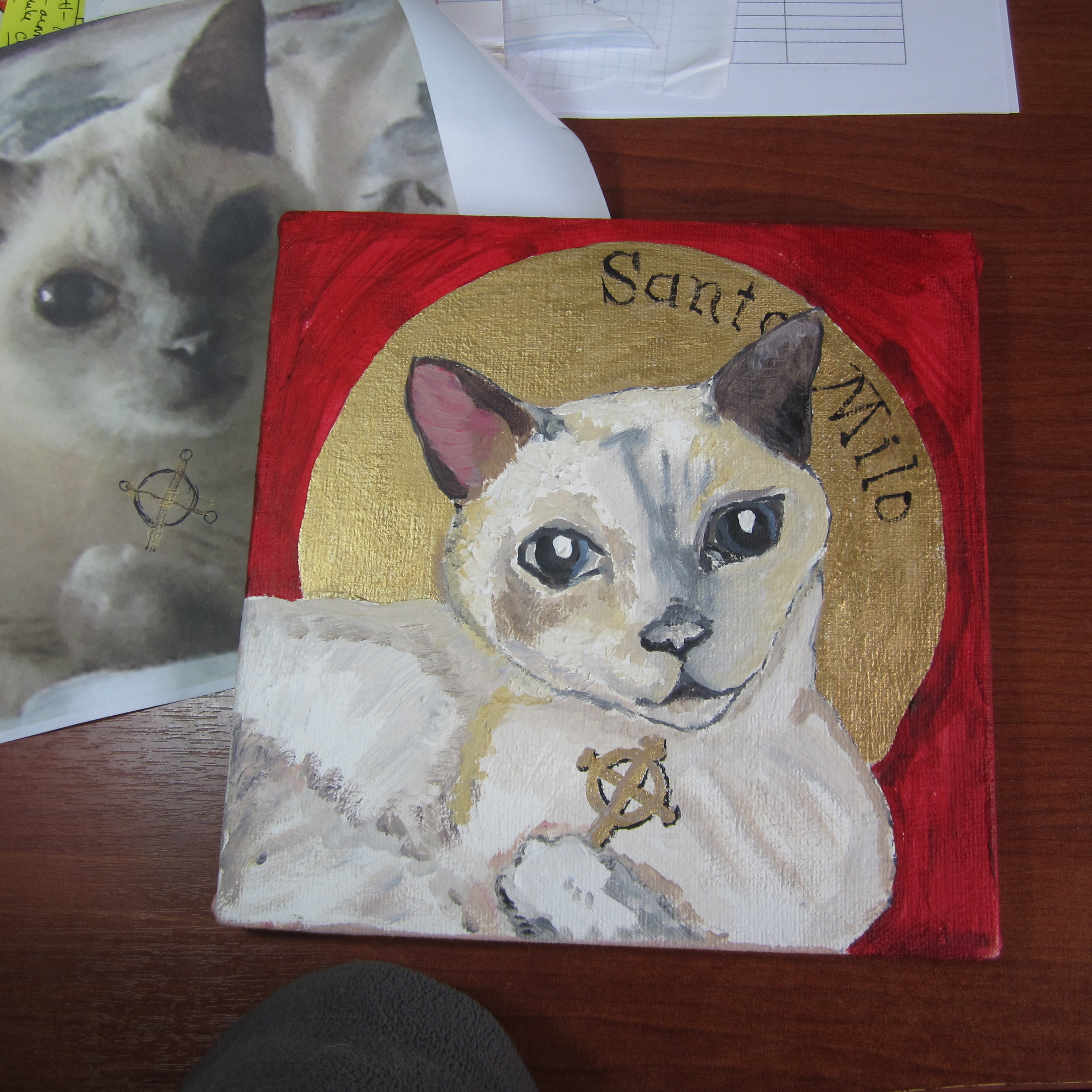 Alas, now it’s time to pull out the paintbrushes again. This is not great work of art. I haven’t done an oil painting for a decade. I’m rusty. I think it’s actually kind of awful. But once again, is this art? It’s not art for art’s sake. It is art for the heart’s sake.